Bill Wilkerson was an artist, writer and engineer on the Milwaukee Road. Based in Miles City, Bill was a very frequent visitor to Harlowton. After his retirement, Bill collaborated with Jerry Miller, publisher of The Times Clarion to publish fourteen books, numerous articles for the newspaper and to publish drawing and art work featuring the Milwaukee Road.

Bill and wife, Dorothy, had three sons and one daughter. Bill and Dorothy made their home in Miles City their entire married life.

In addition to his railroad writing and art work, Bill pursued a passion for restoring old Ford cars.

Bill drew the masthead artwork for The Times Clarion for twenty years. He received numerous awards for both his art work and his writing. Bill is probably best known for his series of books about the locomotives and other aspects of the Milwaukee and Montana Railroads.

Bill passed away in Miles City on February 15, 2002, at age 81. Bill’s books and artwork remain in high demand today and are available through the museum’s internet shop. 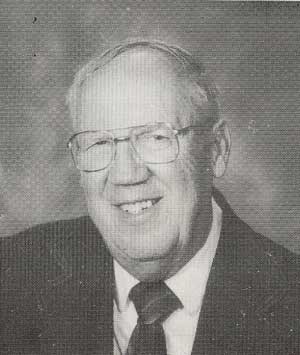 Bill Artwork
Photo # S-32 in the museum store.
It is a picture of a bi-polar drawing by Wilkerson.